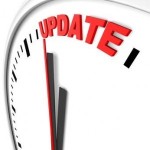 Note: you cna use either the referral form or the template; they are both designed to be suitable standard general referral letters